With a plethora of quick, snippy information out there, it is hard to come across accurate and detailed information. In a world where people read only the headlines, substantial information is hard to come by, especially when guns come into the mix. That is why I am here, to give you my detailed review on one of the more well known 80% lower stores: Thunder Guns.

Who is Thunder Guns?

Thunder Guns is a company based in Daytona Beach Florida that sells 80% lowers. It’s really that simple, but in their shop, they also do some anodizing, as the facility is actually run through a metal fabrication company, or at least from what I have heard.

I am not a new buyer from Thunder Guns as I have placed several orders through them. I have purchased an AR-10 kit, ar-15 rifle kit, an AR-9 pistol kit, and a Polymer 80 complete kit from Thunder Guns. While it might seem like I am sticking up for them, just hear me out, as I plan to be completely unbiased in my review of this company.

What Does Thunder Guns Sell?

Thunder Guns is a company like many others. That being said, they are not as unique as you might think, but there’s something about the company itself that does come out as unique, and that is because of what they sell. They don’t actually sell any complete firearms from their store, and while they only really sell a few items, they have many different variations of the same kind of gun.

Like I said, the inventory at Thunder Guns is relatively basic, consisting of a few different platforms, but multiplied by variations in finish, color, barrel length, and furniture. Many of the listings have magpul grips and stocks, but there are also cheaper options with the mil spec stocks and grips. There is really no variation in the kinds of bolt carriers you can buy for these kits, so while variation is actually quite nice in the shop, it doesn’t extend to some of the components people might want to customize.

How is the Quality?

Now I have bought a lot of stuff from Thunder Guns, especially in the last year when I discovered them, during the pandemic. So I have some experience with the level of consistency the company has brought out  over that time. And I have to tell you, it always comes through, and so do they. I have never gotten a batch of outright bad components from them. However, they have been known to forget packages from time to time. Whether that is them having a rough time finding good employees, I am not sure, but it is worth noting that there is a small chance you won’t get a part of your order in your package. If that has ever happened to me, it has been rectified almost completely.

I use all of my Thunder Guns builds to this day, and while I haven’t had them for very long, I have been able to ascertain whether my builds are reliable or not. And I have to say, if you assemble the pieces properly, you can come out with really decent AR builds. The polymer 80s are just a bit harder to do, but those come directly from Polymer 80, so I don’t really count those when going over the overall quality of Thunder Guns.

I have only ever had gas system issues if anything when it came to the parts, but that is because I opted to have a couple of my uppers assembled before I checked out. I wouldn’t put it past any company that pre assembled its uppers  to have the occasional loose gas tube.

How is Customer Service?

Customer Service is a make it or break it for anyone, and when it’s bad, it doesn’t matter how good the product is. The principle of buying something from a company that respects people as their customers is very strong in consumer culture. As I understand, customer service with Thunder Tactical has been wishy washy. If you look through the reviews on google and reddit, you might see some less than exemplary. However, I will share with you a couple of my experiences with the Thunder Guns.

Back in early march, I had purchased my AR-10 rifle kit. It came in the normal time so no qualms there, but my package was missing with the charging handle, and the magpul grip. I was disappointed to find that I waited around 5 days to get a response from them, but I did get a tracking number from them 2 days later. So it  took me about 2 weeks in order to get my two pieces.

In the grand scheme of things, I try not to be judgemental about certain things. So while I

How is this Shipping time?

Shipping times are some of the most impossible things to gauge these days. Most websites advertise a 3-5 business day wait time, but seldom do they really adhere to that timeframe. Especially in the last two years there really isn’t a company that produces a lead time like that, what with demand being so high. However, I can get by with waiting a little longer for my packages to arrive as long as the communication is there either from a tracking number or an email from the company. Thunder Guns is a relatively large company, so I expect a little bit longer lead time on my orders, and you should too, as I have received orders as far as two weeks out. This is definitely something that could be worked on, I would say, and it is the main disadvantage to buying from Thunder Guns. Bringing some consistency to the shipping time would be a great help.

During my time purchasing from Thunder Guns, I have to say, they are a festive bunch, always releasing sales or discounts during the holidays. They have a really nice military and first responder discount which shows they value the American service member.

Would I recommend Thunder Guns?

As a hobby builder, I know a lot of different places to get AR parts. And since much of my part sourcing is done online, I try to be very careful about the places I use for my builds. Thunder Guns is one that I have used a few times and have never been outright dissatisfied with. So on that level, I do recommend them. They deliver a decent quality product for the price, which you almost can’t find anywhere else. And while their shipping times are a bit inconsistent, they do provide tracking numbers so customers can still know exactly what is happening with their packages. On that note, I recommend shopping at Thunder Guns, especially during the holidays. 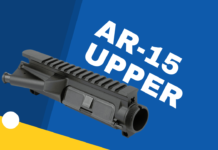 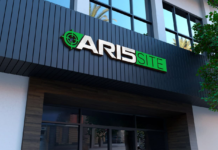 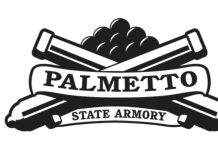 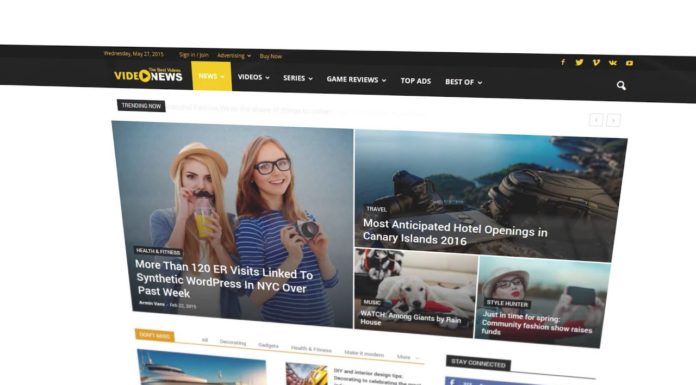