Hello everyone, just thought I would give my two cents on a company I just bought from: E2 Armory. The reason I am giving this review is because of how outright pleased I am with the way my order came out. I purchased  one of their bolt carrier groups, something I had been wanting to do for a while with other companies.

Who is E2 Armory?

E2 Armory, as far as I can tell, simply sells AR-15 parts and uppers, and lowers. They do not sell 80% lowers, but they do sell stripped lowers of their own variety called the E2-15. Bit of a tacky name in my opinion, but at least it is not as cringey as the apocalypse lineup from Meridian Defense. From the looks of it, E2 is a Florida based company (not surprising) that sells some pretty cool stuff.

After doing some research online about the company itself, I found that E2 Armory is actually owned and supplied by AO Precision Manufacturing. I guess it was some kind of scandal  a while ago when it was fresh, but it is cool to know that one of the bigger companies is actually looking out for the little guy (the consumer), by selling to us directly. And, I gotta tell you, they exceed expectations tremendously.

What did I get?

The specific bolt carrier group I ordered was the “AR/M16 Bolt Carrier Group – Micro-Polished Titanium Nitride – HPT/MPI.” The name sounds like a lot of gibberish, but I will delve into, a little, what the specs of this bcg are and why I find it personally amazing for my AR build, apart from looking awesome.

The components of the BCG are finished in a titanium nitride PVD hardcoat, which is just a higher quality version of the processes that are used to coat most nitride BCGs. This BCG excels in durability over a longer period of time while requiring less work in its system because it has less friction than other more conventional coating methods. It is also able to work well with higher temperatures.

The firing pin is made from precision machined 8740 steel alloy, heat treated precision ground and chrome plated. Here is a list of the specs of the components on the BCG I purchased.

How is E2 Armory’s shipping time and customer service?

That’s really what it boils down to. The merit of a company these days is based solely on how quickly they can get their product out to you. And it’s a crazy thing too, there are some online consumers who will not give a second look at a product if it takes too long for them.

And on another note, shipping is very inconsistent on some level, having nothing to do wit the company itself. Oftentimes carriers end up losing track of packages, or some delay occurs, so I have to also hand it to USPS for being on point with my package.

The packaging itself was done nicely. Actually, there is something very corporate about E2, in the sense that things seem very streamlined with packing and shipping. It almost makes you feel like you are buying from a luxury store. I was pleasantly surprised to see the level of care I did in the packaging even though it didn’t survive long after I got my hands on it.

E2 lead times are pretty well maintained I would say. Judging from past reviews, shipping is not actually an issue the company deals with, and I actually found that they go a little “above and beyond” in the same way that Palmetto State Armory does. They left a sticker in there for me, and I also received a card with a coupon code on it for another purchase.

I received my E2 Armory Bolt Carrier Group in around 5 days from the time I made my order. Tracking the package was easy as anything, almost like a domino’s delivery system.  They do not have SMS updates, but they allow you to track from the carrier’s website and it is to the minute of arrival. I was pleased to see that, because I was able to be home at the exact time it was delivered to my porch.

How was the customer service?

On a customer service level,I really do like them. I didn’t have any issues with my order or anything, but I did send an email out to them to have something on my address changed. I still ended up receiving my order within the normal timeframe, most-likely because I wrote them before my order was ready for shipment. However, they also responded within not 24, but 12 hours. While most companies I have bought from typically respond in 1-3 business days, I must have gotten lucky with E2 because that is one of the quickest turnaround times for an email response I have ever gotten.

How does one really judge if one bolt is better than the next? Usually, if a bolt doesn’t have an exploded bushing or provide incorrect headspacing, the bolt will generally be seen as worth-the-money investment. Well, after about 5,000 rounds with this bolt, here is what I learned:

Would I recommend E2 Armory BCG to others?

I think E2 Armory has the upperhand in in the market mainly because the company supplying them is also the company producing their products. Having such quick access to quality parts, while keeping their margins low for products people would expect to pay a fortune for is a deal breaker for most people looking to spend that same dollar amount for a bolt that may or may not be good.

I think a lot of the searches people have been conducting to find cheap, but reliable parts are over because E2 has a very competitive price for what you get, and its level of transparency rivals the most well known companies out there in the firearms market.

With just a little bit of objective reasoning, it is easy to see that E2 has potential to be one of the better companies out there for reliable AR-15 parts. So that is a resounding recommendation from yours truly. If not for the BCGs, which you can find in many different finishes on their website, then for anything else they have: lowers, lower parts kits, barrels, and even completed uppers. 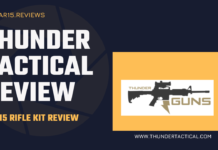 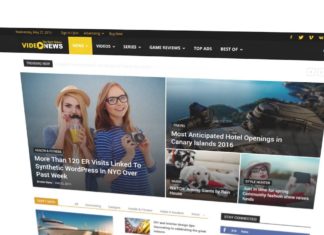 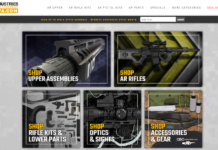 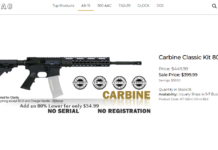 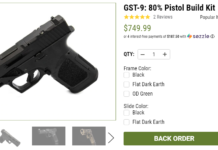 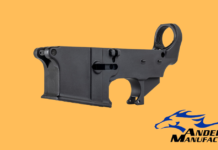